The warm, humid conditions in greenhouses create a favorable environment for pest development. For this reason, pest populations often develop in indoor environments more rapidly and with greater severity than outdoors.

Some greenhouse pests can serve as “vectors”, transmitting diseases to plants which are often more devastating than the direct impact of the insects themselves. In these instances, proper pest management practices can minimize the chance for initiation and development of infestations, but early detection and diagnosis are critical.

Sanitation also plays a key role in keeping pests under control. It is important to remove infested plants from the greenhouse, sanitize tools, inspect new plants before transplanting, and control weeds.

What are they? Small soft-bodied insects. Both adults and nymphs suck out plant sap, resulting in slowed growth, wilting, and secretion of honeydew that can cause fungal and viral infections.

Where to look? Aphids can be found in colonies located on stems and the undersides of leaves. Look for signs of aphid activity: shed white skins, honeydew, and presence of ants.

How to monitor? Visual plant inspection for non-winged aphids and yellow cards for winged adults. Inspect and remove weeds. 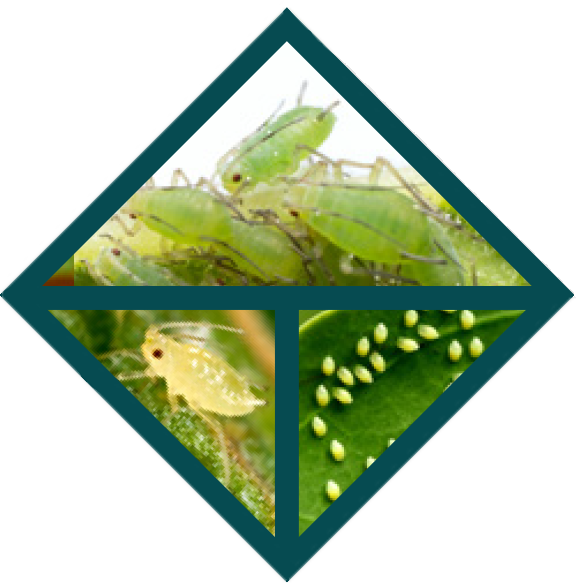 What are they? A tiny insect resembling a mosquito. Adults are gray and black in color. Larvae are tiny, translucent and legless, with shiny black heads. High population of larvae can damage roots and stunt plant growth, particularly in seedlings and young plants

Where to look? A high emergence of adults may occur after watering dry pots. Usually, habitats include areas with standing water, muddy floors, and weeds.

How to monitor? Use sticky cards to monitor adults. Place cards just above the soil surface. Horizontal placement is recommended to attract more adults. 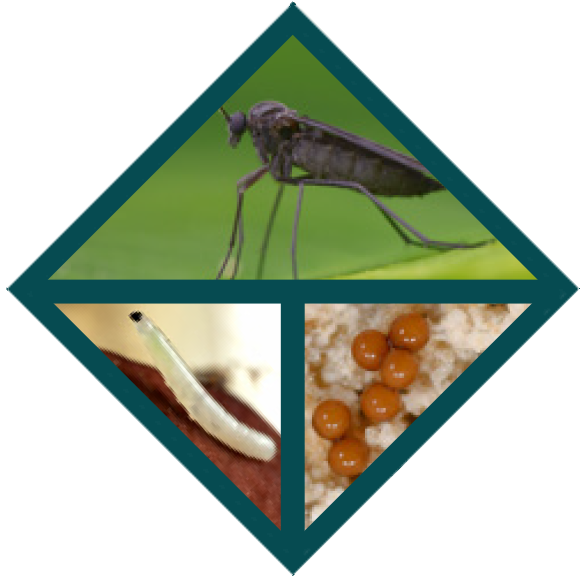 What are they? Small arachnids that suck and feed on plant biomass. Mites also function as vectors, spreading disease as they damage foliage.

Where to look? Spider mites can usually be found on the undersides of leaves. Severe infestation can lead to webbing at the top of the canopy.

How to monitor? Mites are tiny and difficult to detect. You’ll usually notice plant damage such as stippled or yellow leaves before you spot the mites themselves. 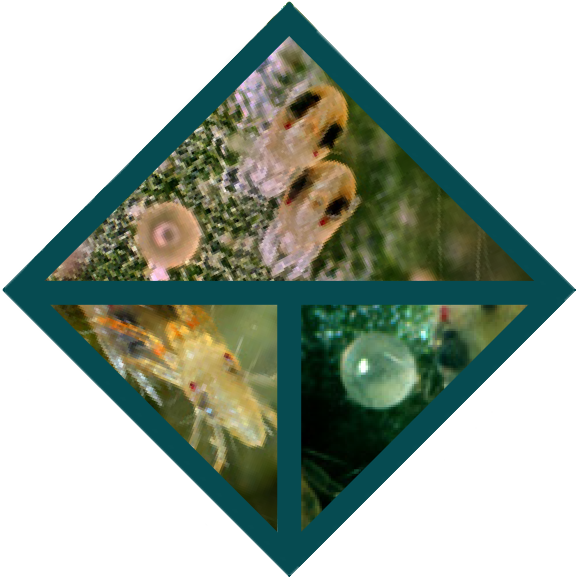 What are they? Thrips are tiny, winged insects.Adults and larvae suck out the contents of the outer layer of the leaf surface.

Where to look? Thrips typically appear on tender parts of the plant, such as flowering sites and new leaves.

How to monitor? Use sticky cards throughout the season - at floor level to detect overwintering thrips (late winter), and at bench level in early spring, before plant damage occurs (spring-summer).

Biocontrol: For young larval stages and adults, Orius laevigatus can be used as a biocontrol agent. For thrips that pupate in the soil, mites such as Stratiolaelaps scimitus and Dalotia coriaria beetles. 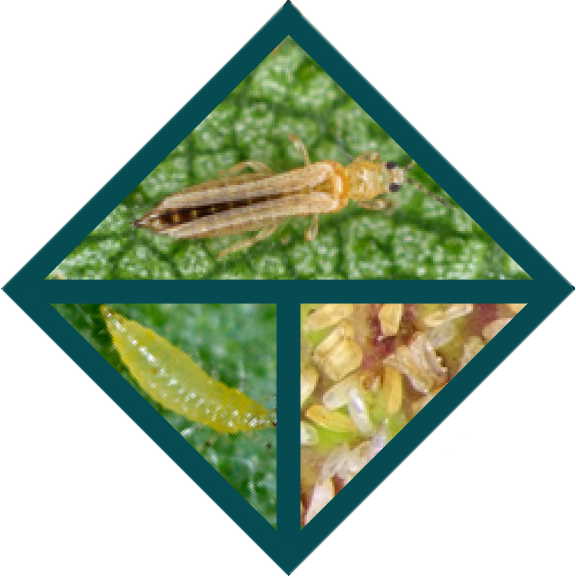 What are they? Sap-sucking insects, commonly found on the undersides of leaves. Known for damaging plant yield and acting as vectors to other infections.

Where to look? Adults are commonly found at the top of the canopy, while eggs and hatched nymphs appear on the lower surface of the leaves.

How to monitor? Use sticky cards to monitor adults. Rely on plant inspection to detect immature stages, especially on cuttings and young plants. 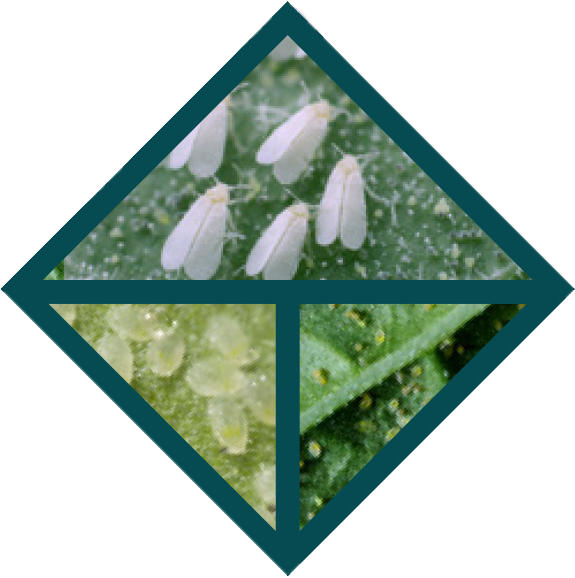